How Much Should We Tithe? 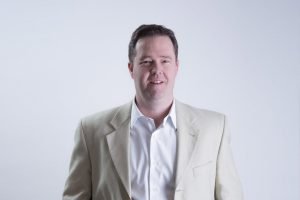 Alex Cook is the founder of Wealth With a Purpose and brings his own brand of practical financial wisdom to issues that affect us all.

One common question Alex often gets asked is around tithing. He recently did some research around how often the word tithe was searched for every month and discovered that there were 80,000 searches! It’s a topic that Christians have a great deal of interest in.

In many churches, people hear the word tithe mentioned each week. And therefore, they want to know if this is something that they should be doing. Does it still apply to us today?

Alex says one of the main issues people have with tithing is whether it should be before or after tax. “Obviously the Bible doesn’t speak directly to this issue. In fact, there’s an issue just in a practical sense that tax rates vary from country to country. So how do Christians approach it from one country to another?”

Ultimately for Christians tithing is a heart issue, and how much you give and where you give it to, is between you and God. However, the Bible does very much support the idea that we give generously to those who minister to us. “That’s why giving to your local church is so important.”

There are two main theological positions on tithing. One is a more traditional Old Testament message where you give 10% of your income into the church. The second is more a New Testament approach that as Christians, we’re called to be generous and give a generous gift to the local church.

“All the money that we have is God’s money. That’s the first thing,” says Alex. “The second is we are called to be a steward of what God has put into our hands, and therefore we need to be guided and led by the Holy Spirit on how much we’re going to give and to whom. I do think your local church very much should be part of that. I don’t like percentages for the simple fact that it’s very limiting. I don’t believe Christians should only give 10%. Why not give more? We are called to live radically generous lives and live in the light of eternity.” In his courses, Alex teaches what he calls the eighty ten, ten rule. “That is that the first 10% of your giving should be what we call giving to God. 10% is a very good place to start. And of course the church for most people is their spiritual home. God uses the local church as one of the primary vehicles for the advancement of the Gospel. But I don’t think it should limit you. Some people think it’s like ticking a box, you give 10% and you’ve done your Christian obligation. But the heart of it is actually far greater than that. We are called to glorify God with every dollar He gives us and use it wisely.”

In the Old Testament, in Proverbs 3:9, it says honour the Lord with your wealth, then your barns will be filled to overflowing. There are a couple of key principles in that.

The first is that you need to honour the Lord with your wealth. Whether it’s a little or a lot, we are called to honour God with that. The second part of that is the first fruits concept. It’s the idea of giving the first of what you earn in the historical context.

“It’s very different today”, says Alex. “But if you took a New Testament concept that is very similar which is Matthew 6 33, it says, seek first His kingdom and his righteousness and all these things will be added unto you. The idea is you’re putting God first in your life. And of course, that includes money too.

So whether we take the Old or the New Testament, I think we still come to the same conclusion that God needs to be first with our money.”